A 6-year-old girl from China’s Ningxia autonomous region managed to melt the hearts of millions with her dedication to her disabled father who she has been taking care of ever since her mother left them.

Tian Haicheng, a 38-year-old man from Haiyuan County, in Ningxia, had his entire world turned upside down four years ago, when he was involved in a serious car accident. He lost his ability to walk, and was left with use of arms, which made him unable to work and support his family. His wife took their son and abandoned him and their 6-year-old daughter. But instead of Tian having to somehow take care of his girl, she was the one who took up most of the responsibilities, including cooking, cleaning, and making sure that Tian was well taken care of. 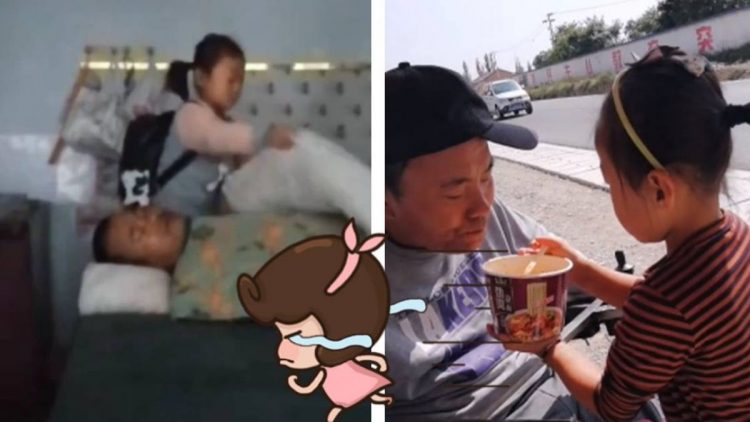