I am so excited to share with you my CHRISTOPHER ROBIN Interview with Jim Cummings. 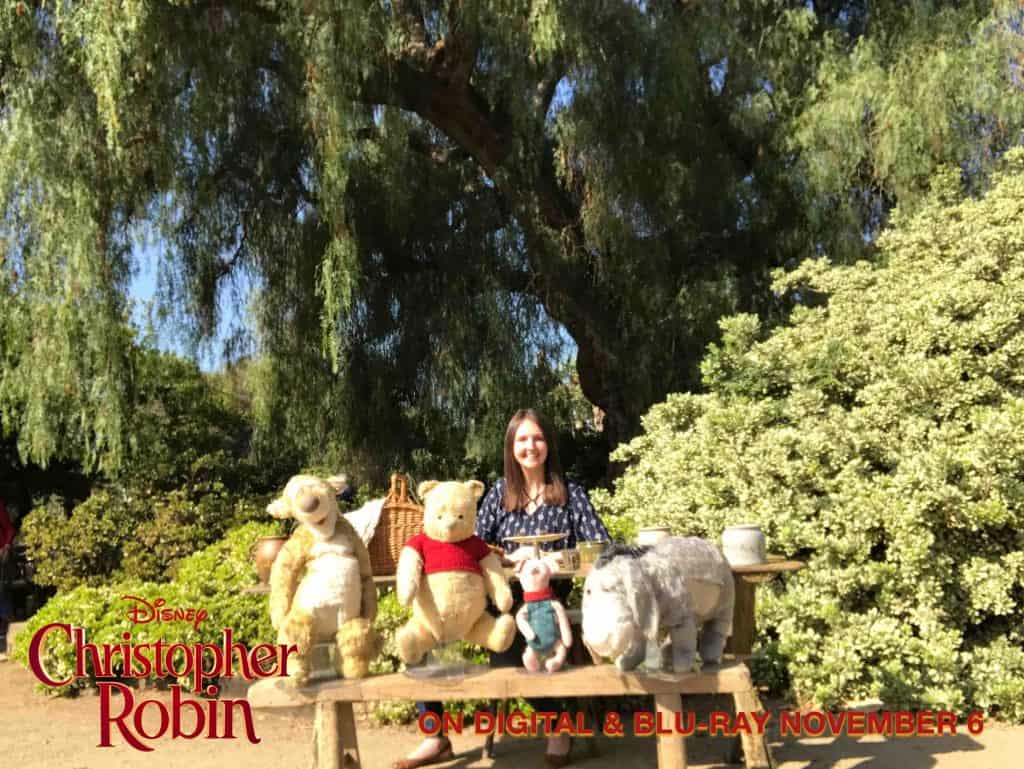 If you have ever watched a Disney Movie or Disney Television show, then I am sure that you have heard the voice of Jim Cummings. He is a huge legend in the voice over industry and it was an absolute honor to have the opportunity to meet with him and interview him. If you are not familiar of the roles that he has played, I recommend checking him out on IMDB because you will be impressed with his long list of accomplishments.

“James Jonah Cummings is an American voice actor and singer, who has appeared in almost 400 roles. He is known for voicing the title character from Darkwing Duck, Dr. Robotnik from Sonic the Hedgehog, Pete, Winnie the Pooh, Tigger, Bonkers D. Bobcat and the Tasmanian Devil.” (Wikipedia) We had the opportunity to interview him for his role of Winnie the Pooh and Tigger in Disney’s Christopher Robin. 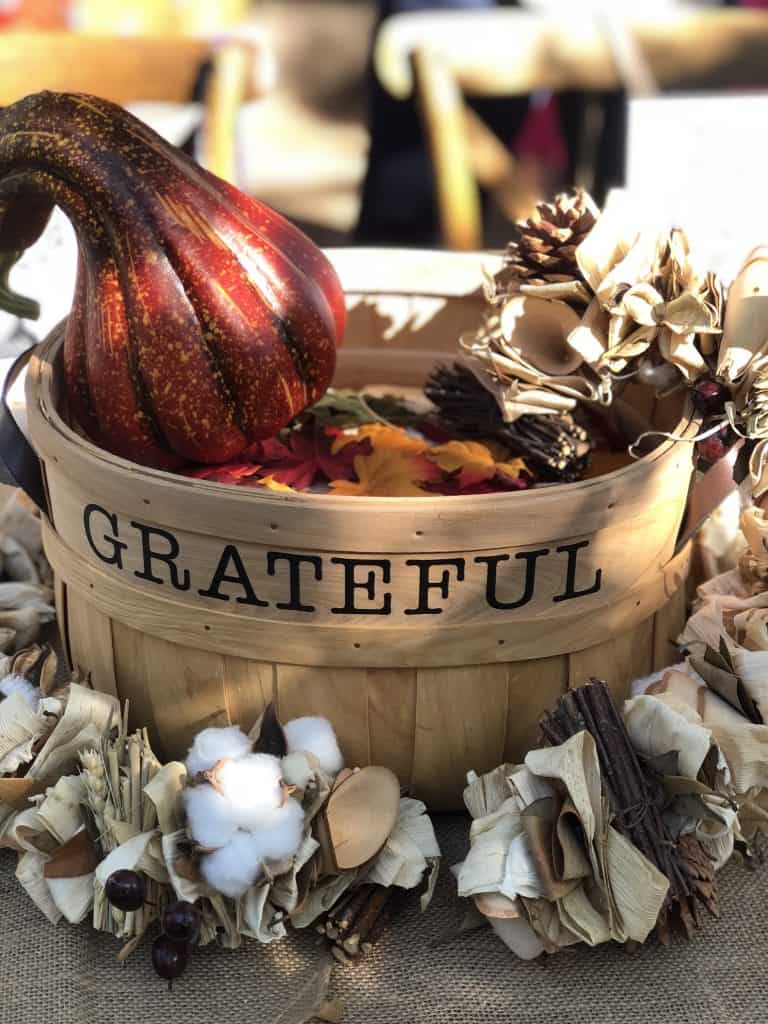 Our interview with Jim Cummings took place at the 100 acre woods AKA Los Angeles County Arboretum and Botanic Garden where we enjoyed a delicious Friendsgiving Lunch after the interview.  They did such a fun job decorating and setting the perfect ambiance for our interview.  Here are some fun pictures from the location: 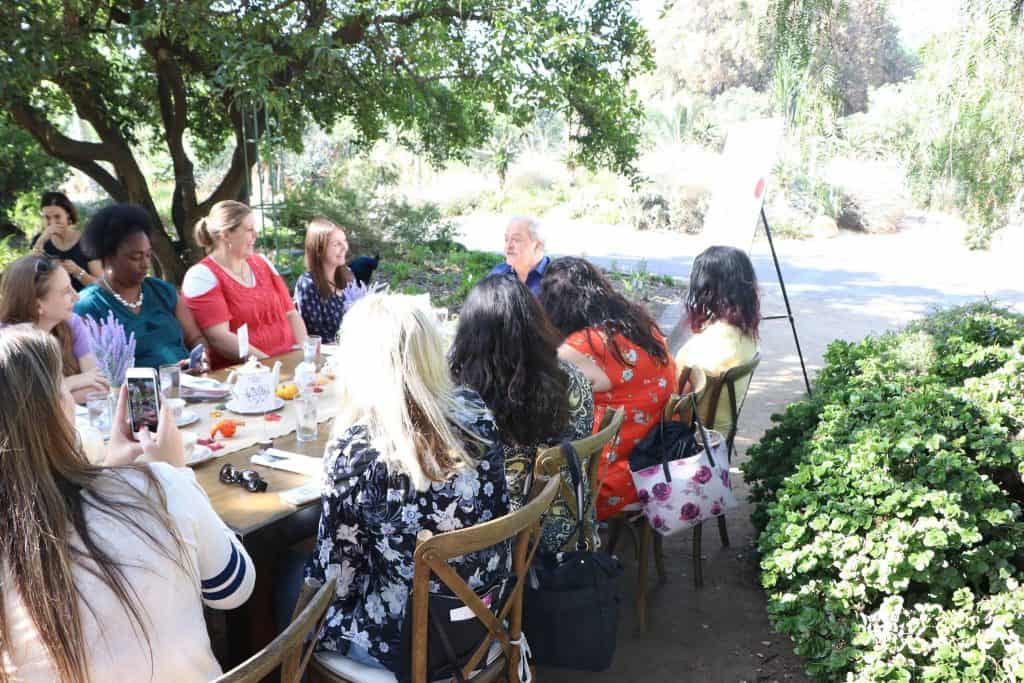 Interviewing Jim Cummings was an absolute delight.  He was open and real in his conversation, he was very kind and you could tell that he loved all of the different roles that he has worked on.  He has been the voice of Winnie the Pooh and Tigger since the 1980’s so they are characters that he really loves. Interviewing a voice actor is especially fun because we are able to hear him do the voices from the different roles that he has played.  It was so fun hearing the voice of Pooh and Tigger throughout our interview.  It was a really fun interview!  Here are some highlights from the Interview.

Jim Cummings has been with Winnie the Pooh and the whole family for years. He was asked how it felt to see the new Christopher Robin movie and see the charcters.

Jim Cummings: “It was magic for me. You know, the new movie. I was so taken with it. It’s so charming. I loved it. I thought it was a great idea, you know. What if Christopher Robin grew up and, and turned into a person and got stuck working like the rest of us. It was just so magical.”

Question: Was the process of recording different than it was for an animated picture?

Jim Cummings: “Yeah, it was. Um, it was hard fitting into the costume.”  Naturally, there was a lot of laughter with this answer.  Jim Cummings was so fun and had a very witty personality!

and the real answer:  “I recorded the whole movie in one day. It’s over a year ago now over in London. They had character for me to work off of.  Then we went back to the studio and they put in the CGI over the characters. And then bit by bit they refined it. Then we re-looped it again and changed a lot of lines. You’d be surprised at how much is different from the first initial recording.  And then we rewound and did Tigger. 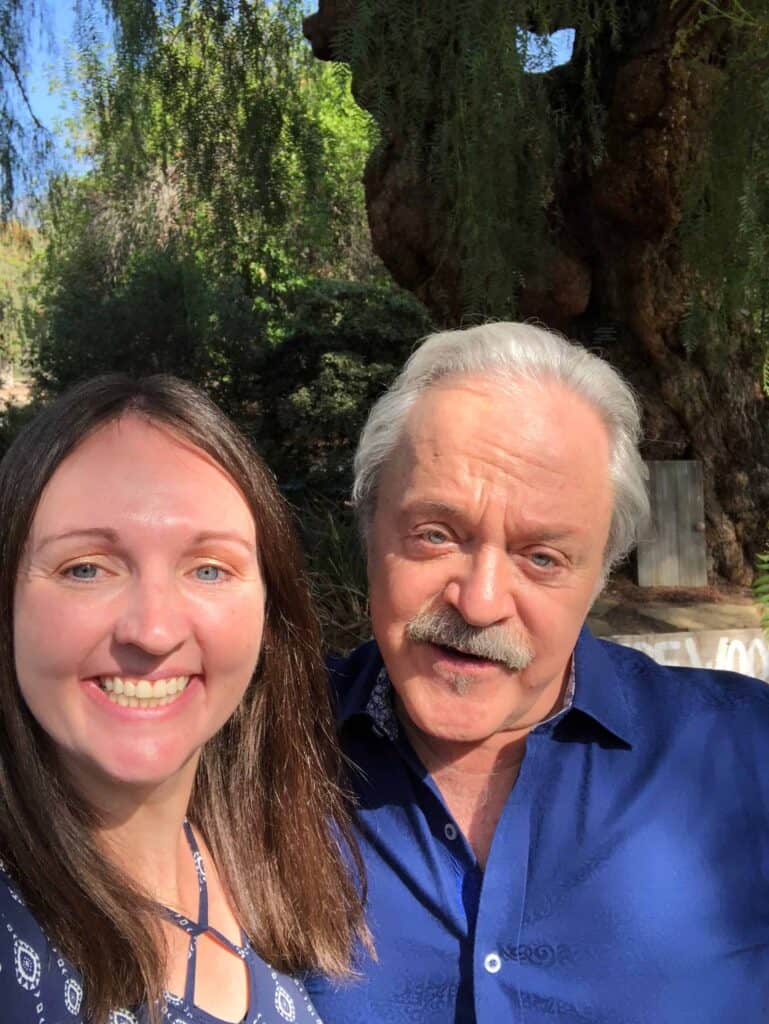 Question: When did you first know that you could do voices?

Jim Cummings: “I started off as a really annoying child. So, it was probably very early on. I would do dolphin noises. And when I was a kid I enjoyed being in plays and I would want to be the ogre or the hermit or the weirdo or the wizard instead of the little prince, you know. So, I was probably inadvertently doing research for this now. Because guys like me we’re character actors really.

Question: Of all the Disney characters you’ve ever done, which one do you relate to the most?

Question: What’s your favorite quote for Pooh and Tigger?

Jim Cummings: Oh, gosh. I have so many. Probably “You are braver than you believe, stronger than you seem, and smarter than you think.”

Jim Cummings shared with us some personal stories that he has while doing voices.  He mentioned that children with autism are very attracted to voice actors and that he has had some very neat experienced getting on the phone with these children.  One that he was especially emotional about what a young boy that he spoke with on the phone for 45 minutes.  After the conversation, his mom got on the phone and told Jim Cummings that here son hadn’t spoken a word since he was three.  Jim Cummings was very humble and kind and has had many very neat experiences in his life.  He was so kind to take a photo with the group after our interview. 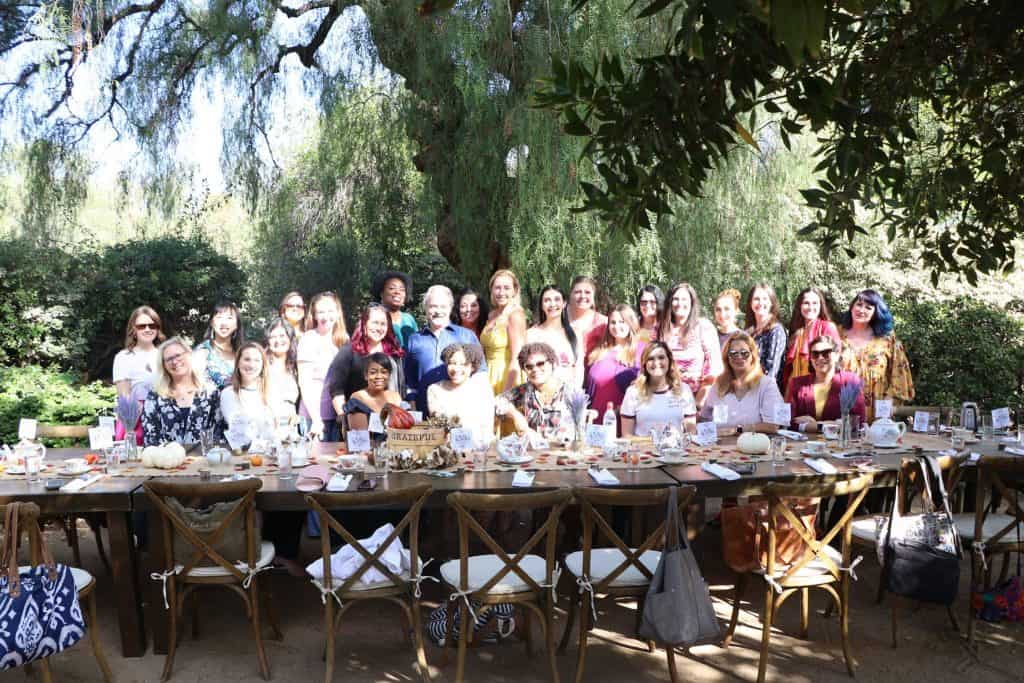 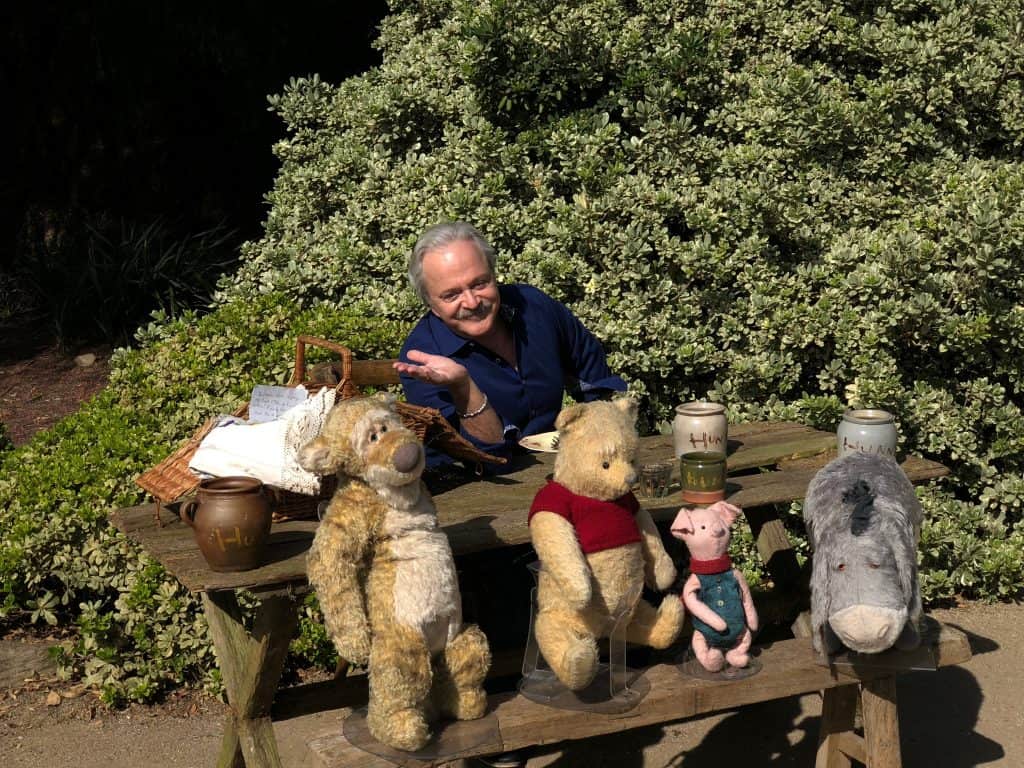 We had some really fun photo opportunities that we could take at the 100 acre wood setup.  The most amazing one was at the picnic table with the characters from Christopher Robin.  These are they actual stuffed characters that were used in the movie.  How amazing was that.  I wish I could have snuck one into my suitcase!

It was fun watching Jim Cummings interact with the characters that he has voiced for over 30 years.  Out of all the interviews and experiences that I have had, this was probably one of my favorites. 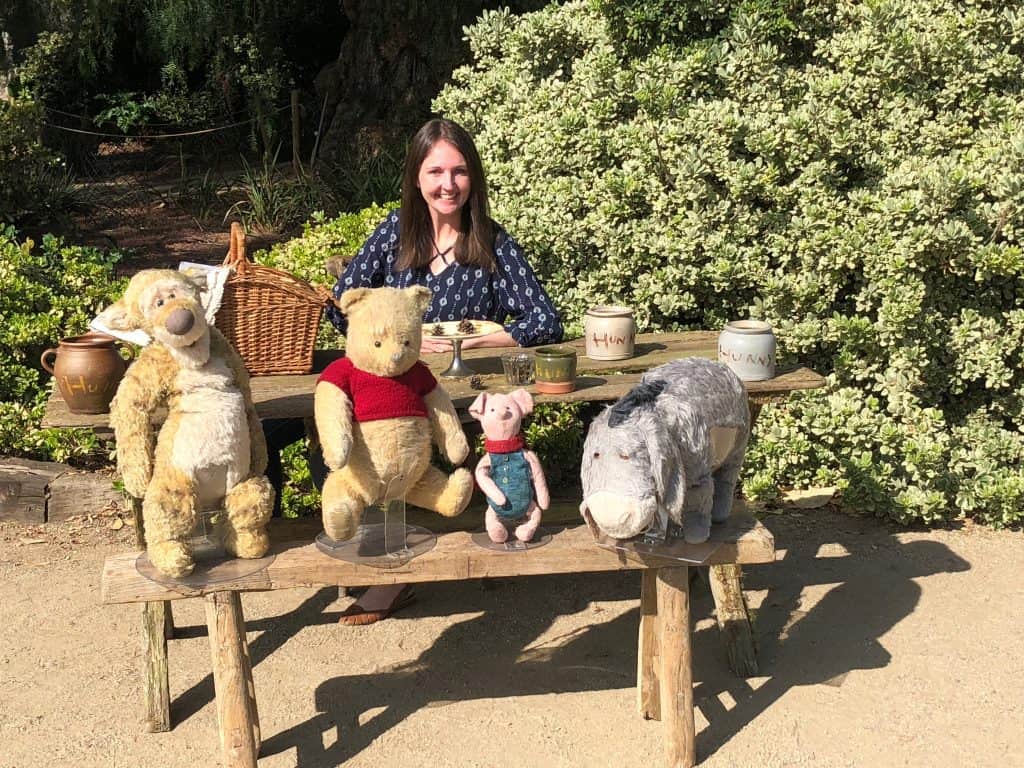 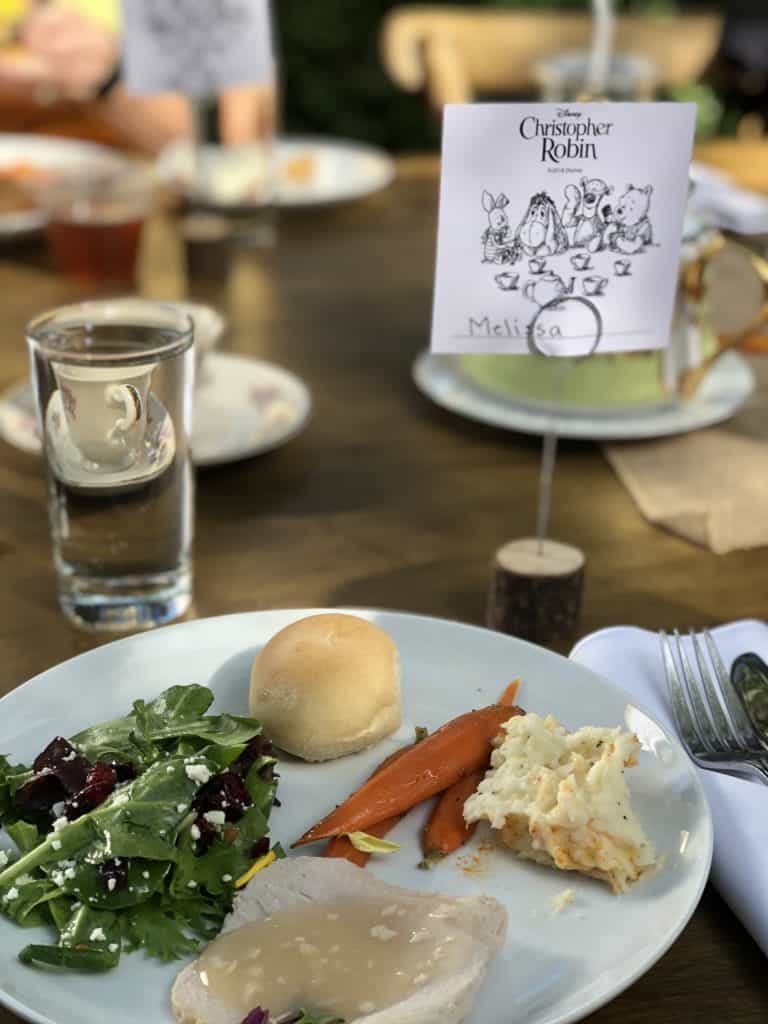 After the interview we had the opportunity to enjoy the most delicious Friendsgiving Lunch.  With Thanksgiving coming up, it gave me lots of delicious ideas for our holiday meal.  It was so fun to have a Friendsgiving lunch at the 100 acre woods.  If you have not yet seen this movie, you’ll love it.  I have grown up with the Winnie the Pooh movies and Christopher Robin had so much heart!

The post CHRISTOPHER ROBIN Interview with Jim Cummings appeared first on A Sparkle of Genius.