Because to their thick, finger-like trunks and their eerie claw-like feet, the gooseneck barnacles growing on the rocks of Portugal’s most south-western coastline are known as Lucifer’s Fingers. They are sometimes referred to as the truffles of the sea, both because of their rarity and high price, but also because of how hard and risky they are to harvest.

Restaurants in Portugal and Spain charge up to $115 for a plate of Lucifer’s Fingers, which may sound sound outrageously expensive two some people, but is justified by their rarity and the dangers barnacle hunters expose themselves to when harvesting them. Lucifer’s Fingers, or percebes, cannot be farmed and only thrive on the on rocks in the ocean intertidal zone, where crashing waves provide them with plankton. This makes them notoriously dangerous to harvest, with hunters risking getting crushed against the rocks by crashing waves, or being rendered unconscious by the impact and drowning. The lucky ones escape with broken limbs or severe abrasions. 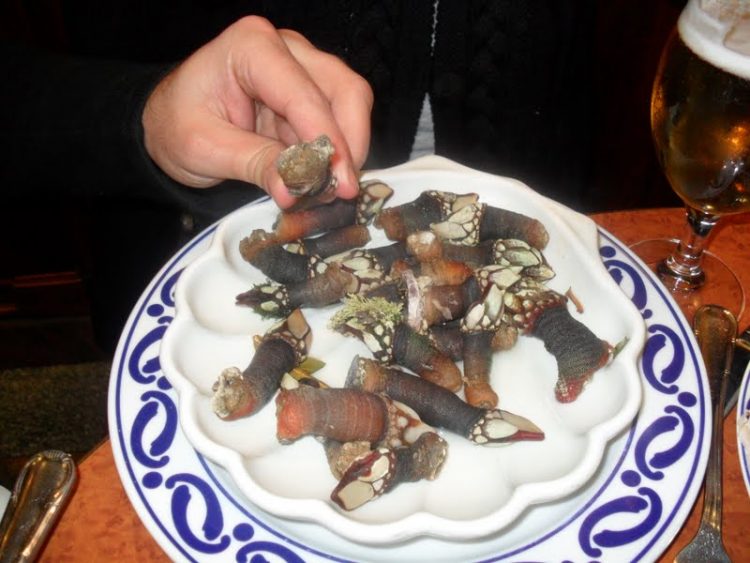