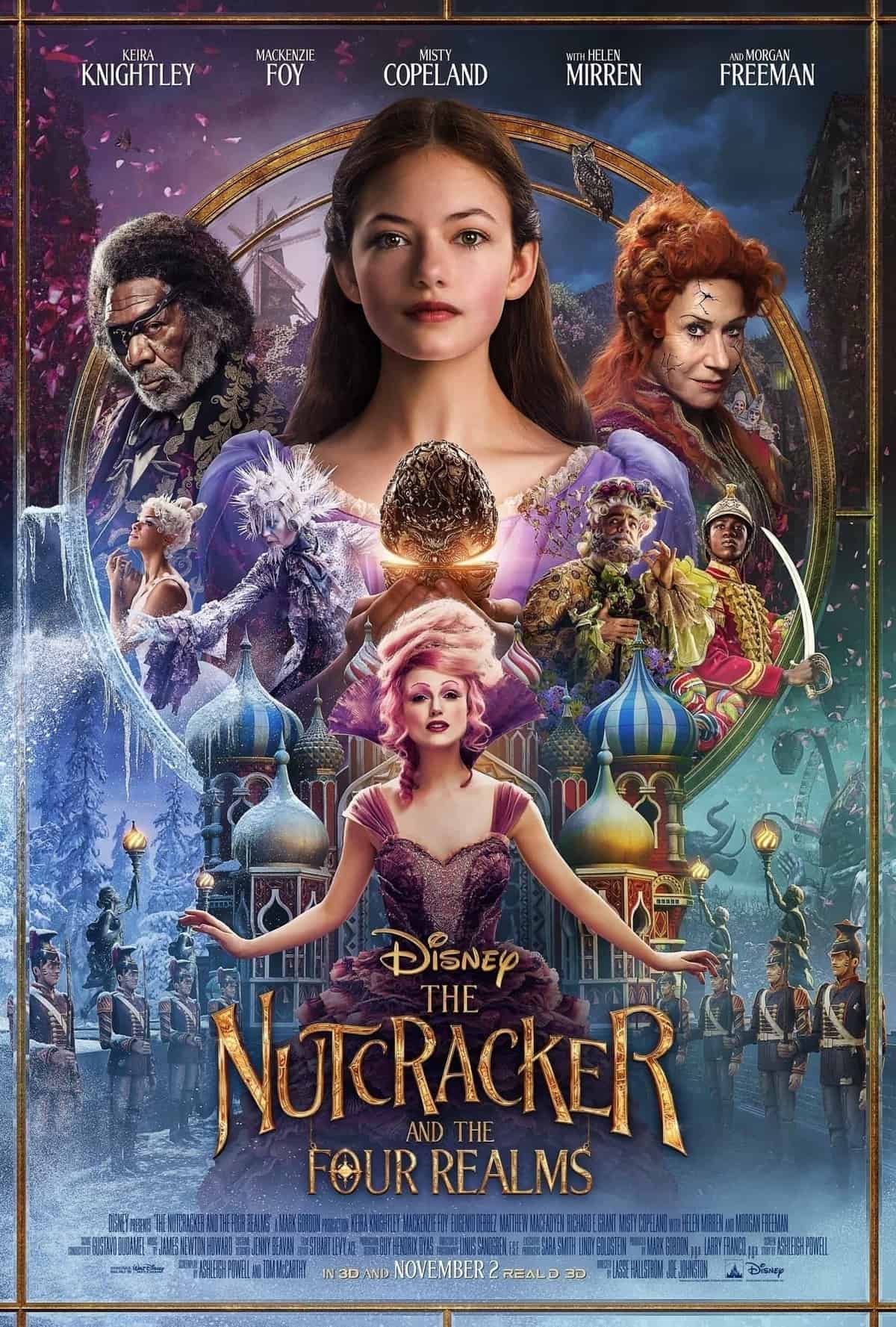 I am SO excited for the Disney Nutcracker movie!  It comes out on my birthday, so I know where I will be celebrating! The Nutcracker is a holiday story that is so well known and loved.  I am excited to see what Disney does with the story.  The trailer makes Nutcracker Four Realms look so magical and the talent behind the movie being so amazing, I have no doubt that the Disney nutcracker movie is going to be amazing.  Here is the final trailer if you haven’t seen it yet:

About THE NUTCRACKER AND THE FOUR REALMS:

All Clara (Mackenzie Foy) wants is a key – a one-of-a-kind key that will unlock a box that holds a priceless gift. A golden thread, presented to her at godfather Drosselmeyer’s (Morgan Freeman) annual holiday party, leads her to the coveted key—which promptly disappears into a strange and mysterious parallel world. It’s there that Clara encounters a soldier named Phillip (Jayden Fowora-Knight), a gang of mice and the regents who preside over three Realms: Land of Snowflakes, Land of Flowers and Land of Sweets. Clara and Phillip must brave the ominous Fourth Realm, home to the tyrant Mother Ginger (Helen Mirren), to retrieve Clara’s key and hopefully return harmony to the unstable world. Starring Keira Knightley as the Sugar Plum Fairy, Disney’s new holiday feature film “The Nutcracker and the Four Realms” is directed by Lasse Hallström and Joe Johnston, and inspired by E.T.A. Hoffmann’s classic tale.

THE NUTCRACKER AND THE FOUR REALMS  Character Posters

These Disney Nutcracker Character posters are seriously amazing!  I am in awe of the different characters and their wardrobes.  This really is going to be a fun movie to watch and I’m sure that i’ll have to watch it again and again to really see all of the detail that has been put into it.  Check out these amazing Character posters: 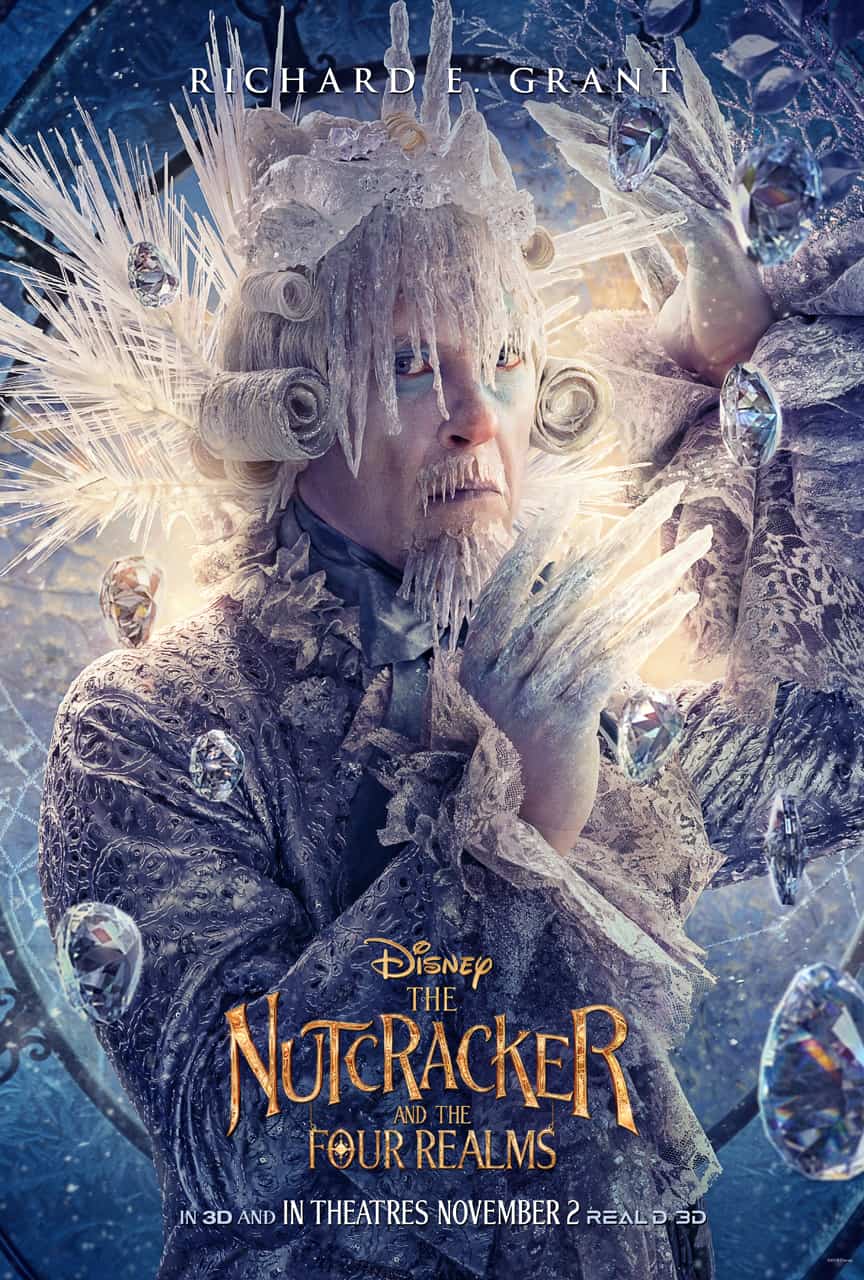 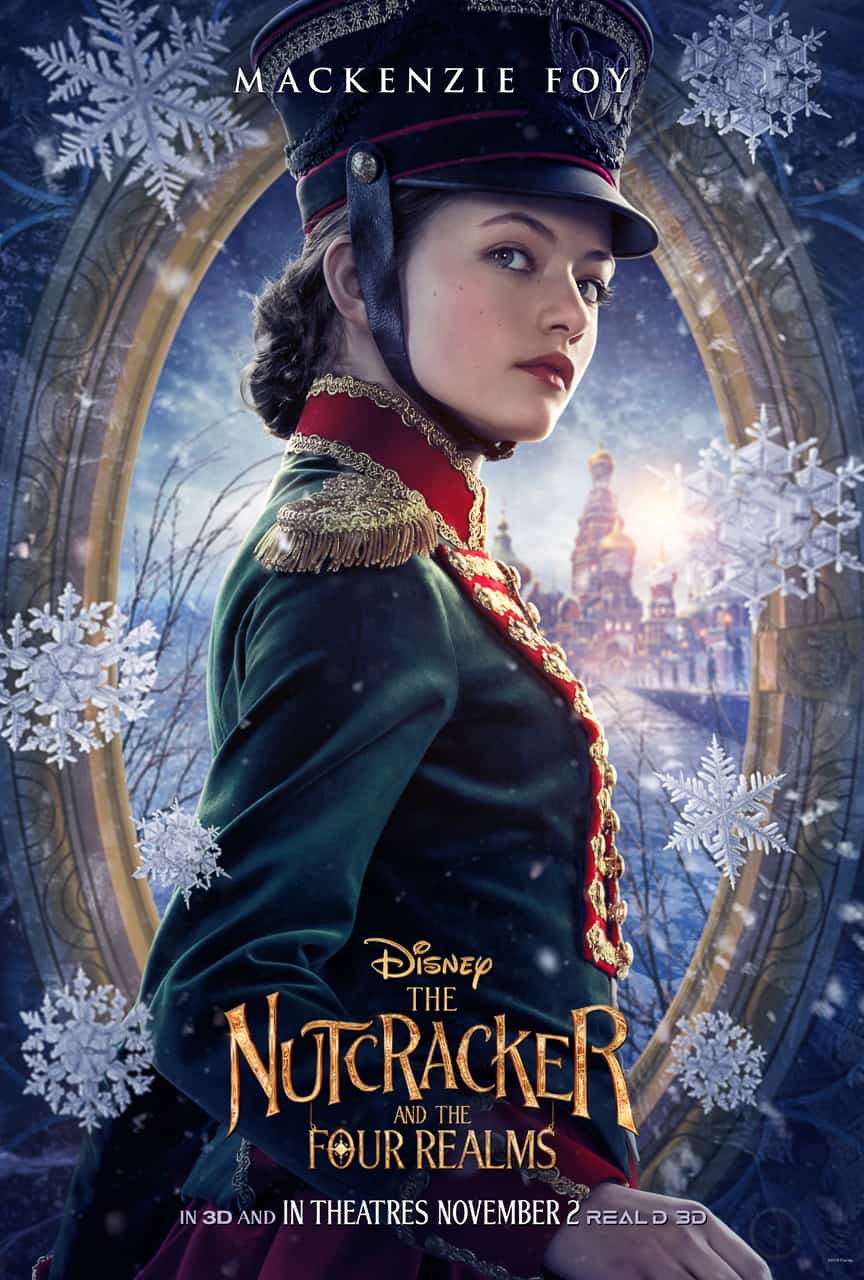 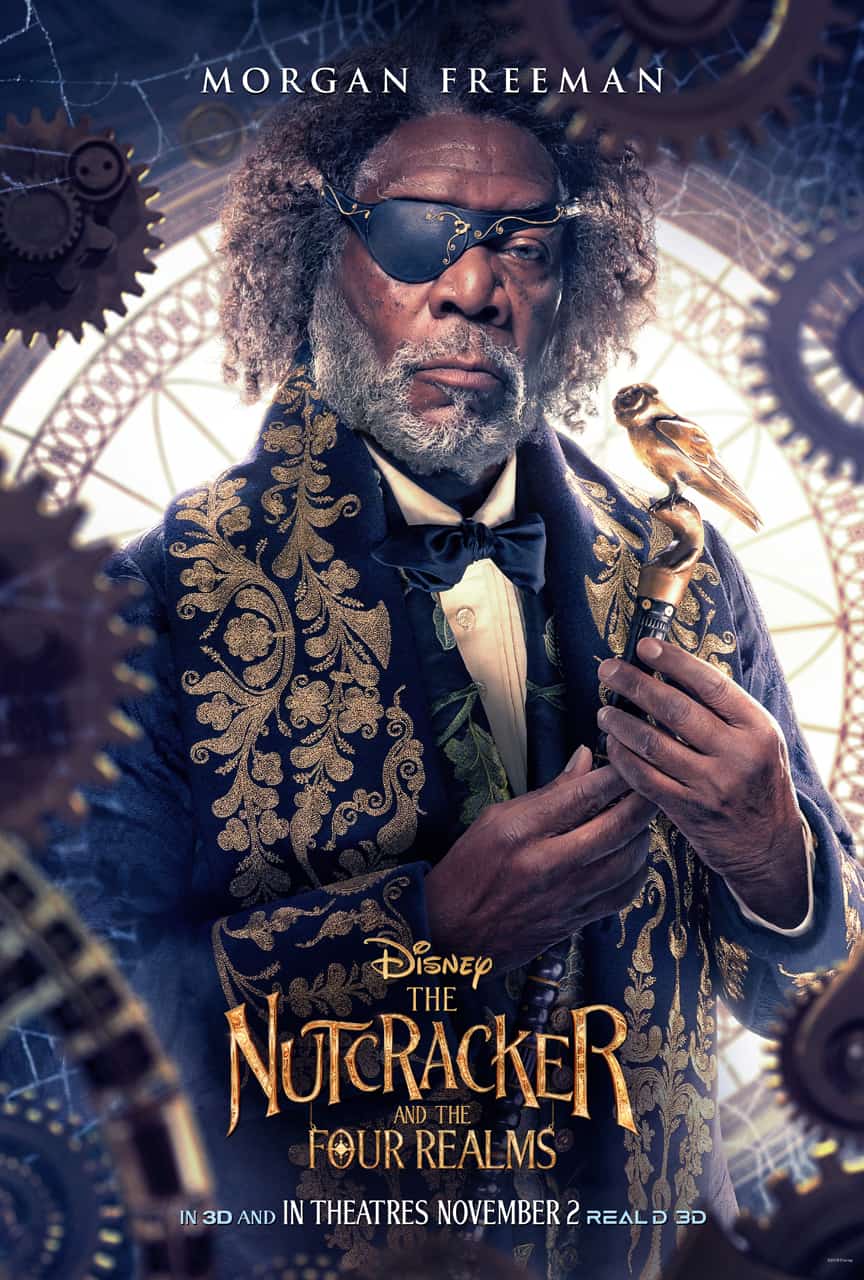 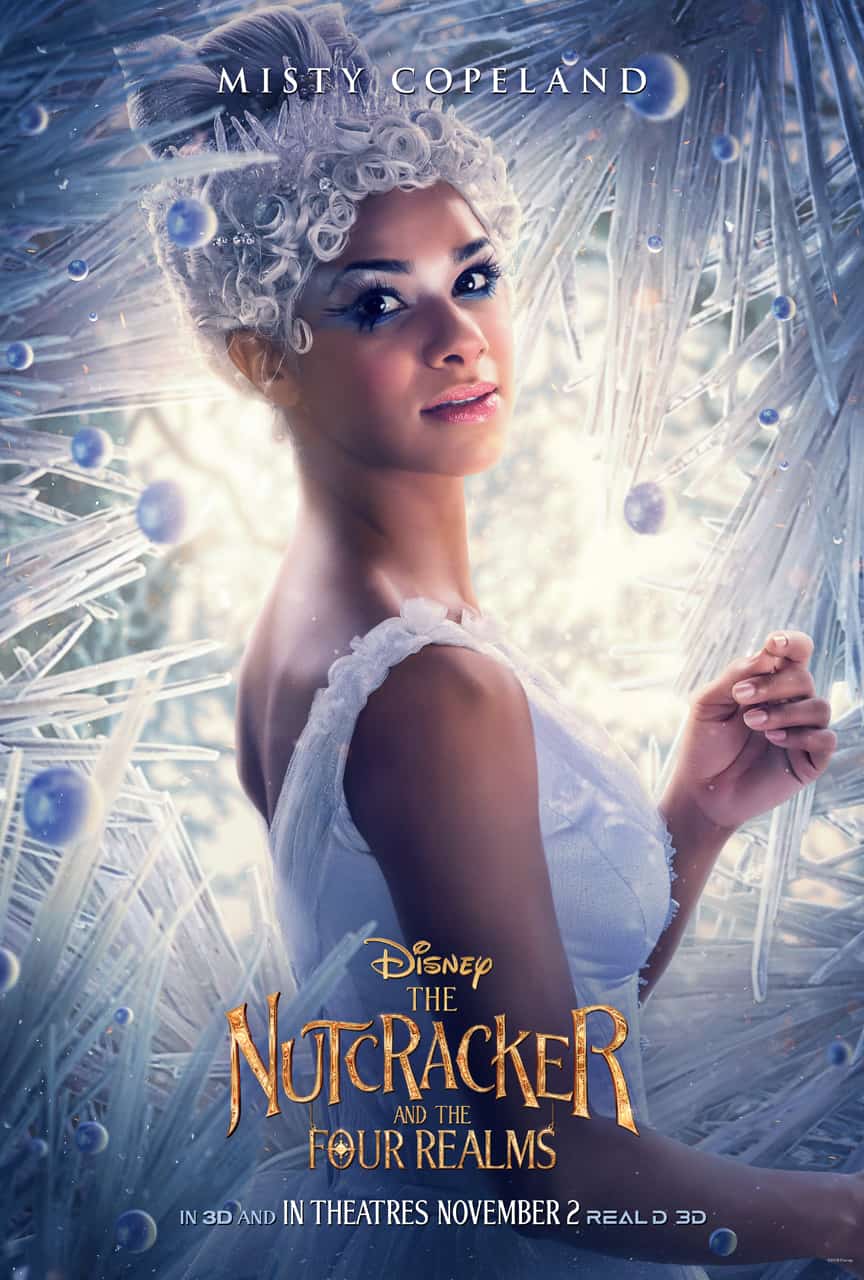 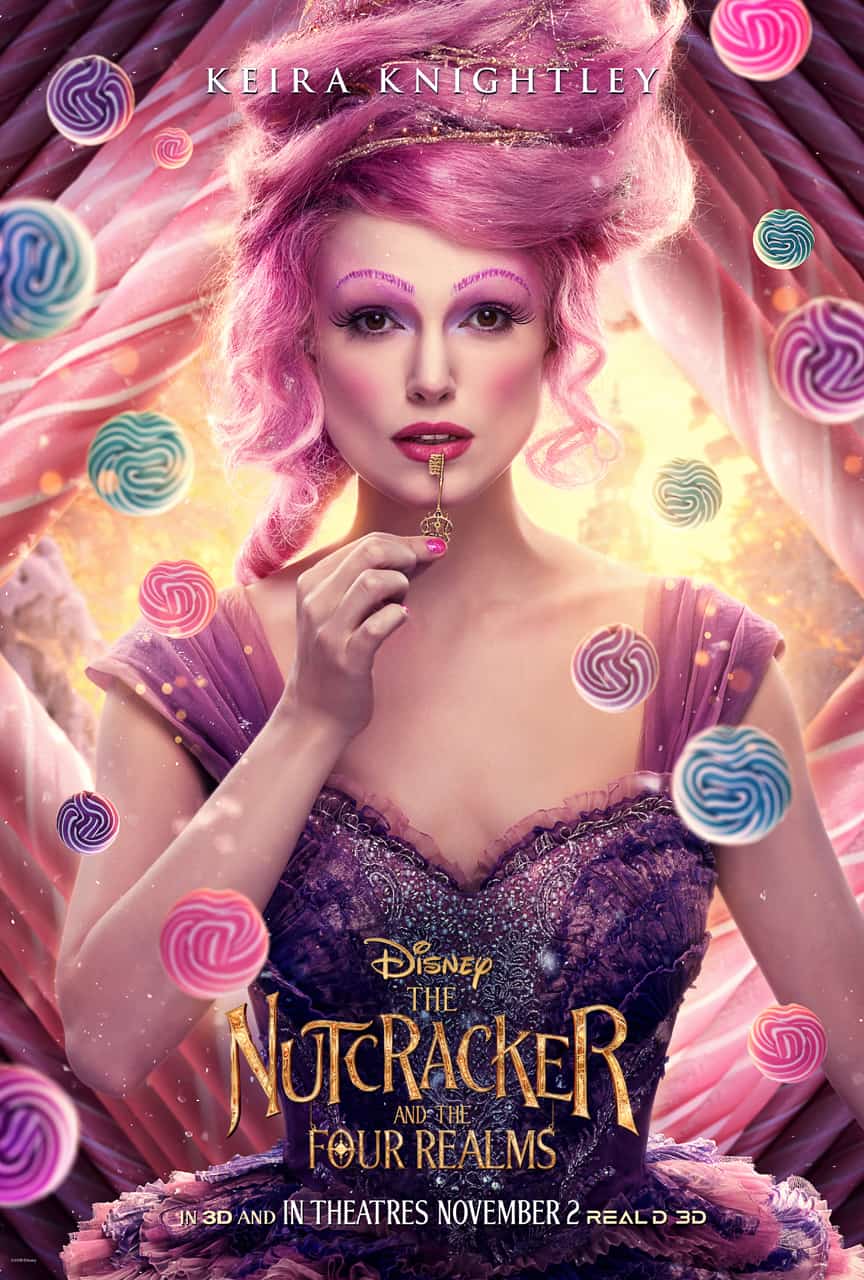 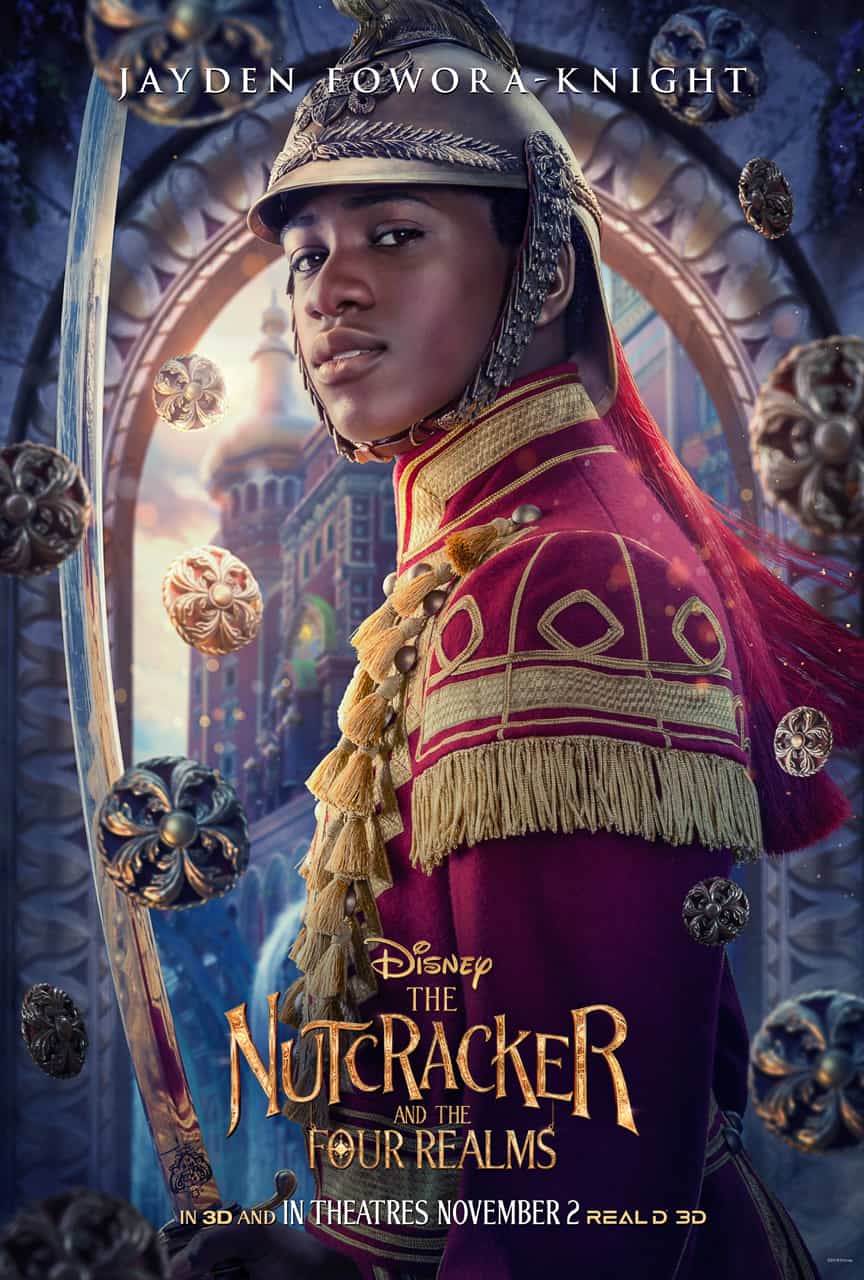 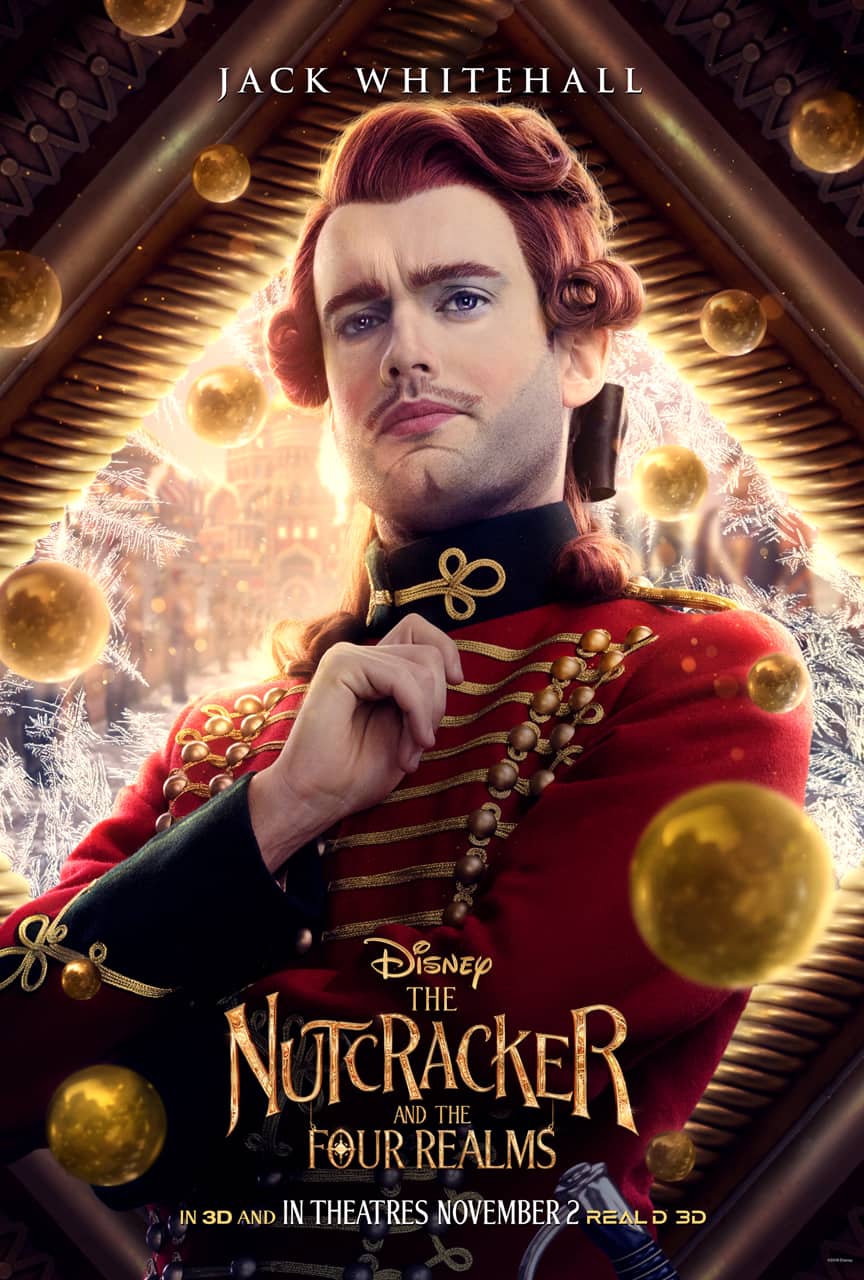 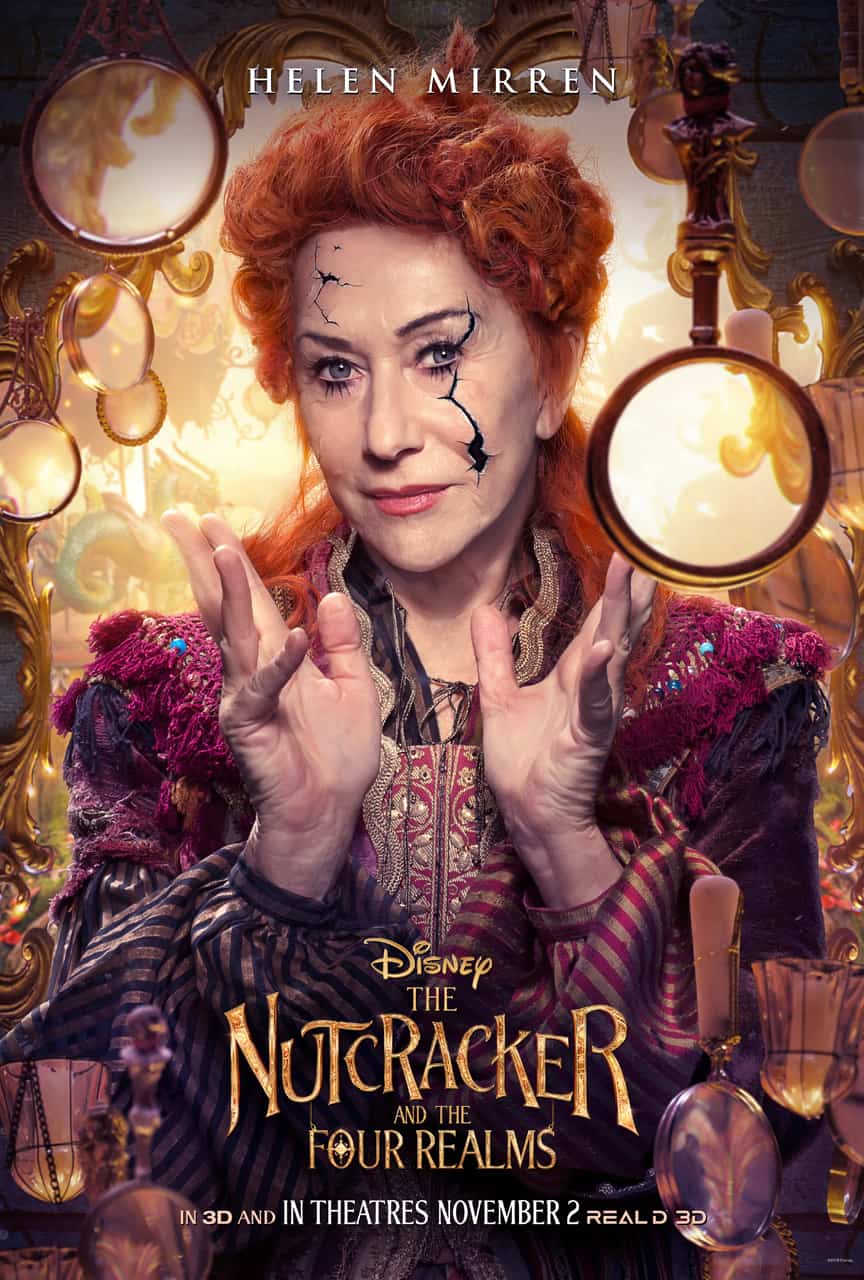 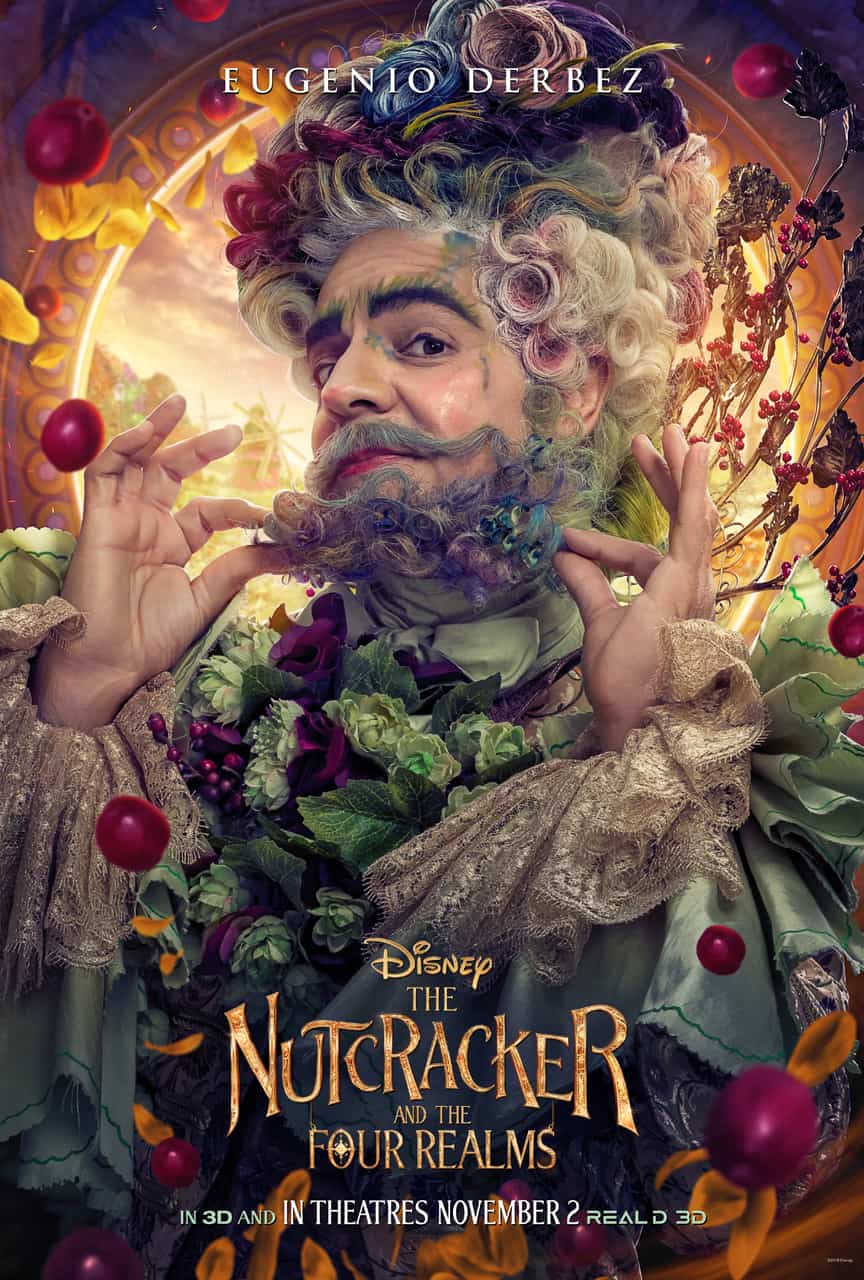 Disney’s THE NUTCRACKER AND THE FOUR REALMS opening in theatres November 2nd!

The post Nutcracker Four Realms appeared first on A Sparkle of Genius.