Jesse Rix has been tattooing since 2005 and specializes in a wide range of styles, from realism to nature pieces, but it’s hid geometric, three-dimensional optical illusion tattoos that really get people talking. Some of his works are so trippy that you could swear you’re looking at a fantastic world underneath a person’s skin.

In most of his incredible tattooed optical illusions, Rix uses geometrical shapes like hexagons and cubes to “remove” pieces of skin from his subjects and reveal the colorful world beneath. However, his art and skills are constantly evolving, as shown in some of his latest works, which feature windows inked on to his subjects through which you can see the universe beneath their skin. The New Hampshire-based artist is obviously a master of the trompe-l’œil technique, and some of his tattoos are so insanely realistic they can be kind of creepy to look at. 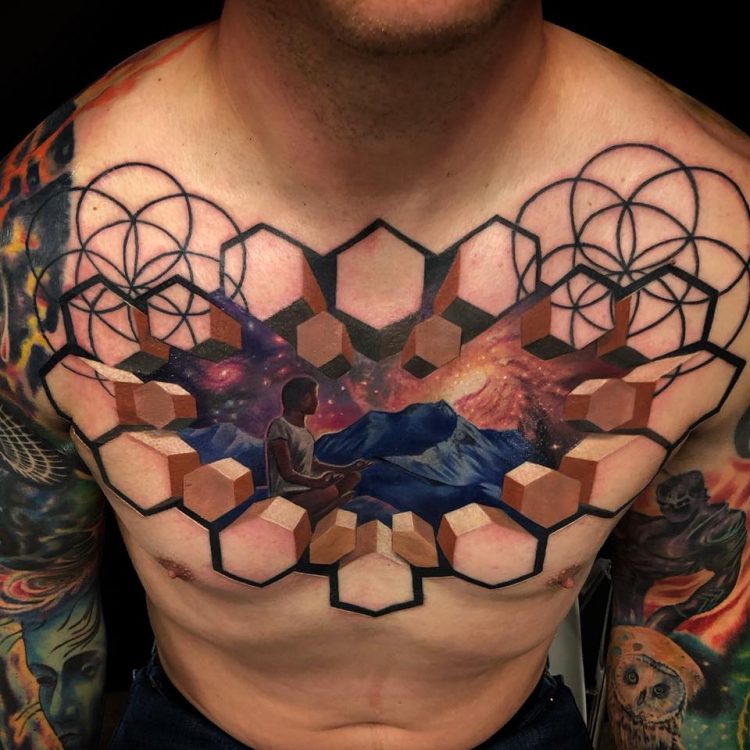