Le Nguyen Bao Trung, aka ‘Bin’, is a 5-year-old Vietnamese boy who reportedly spoke his very first words in English despite never having come into contact with the language. Today, Bin speaks and reads perfectly in English, but is only just learning Vietnamese so he can communicate with his mother.

Born in Dong Van village, in Vietnam’s Ha Tinh province, Bin said his first word when he was almost two years old. You could say he too a while, but no one knows if that was when he said his first word, it was just when people noticed it. His mother, Le Thi Lien, recalls that the boy kept pointing at a calendar and saying ‘Eleven’. She didn’t speak any English and mistook the word for mere babbling, but Bin kept saying it so she asked her older daughter about it and learned that it meant 11 in English. She went back to the calendar and saw that it did in fact show the 11th of the month. But that was only the beginning of this unusual story. 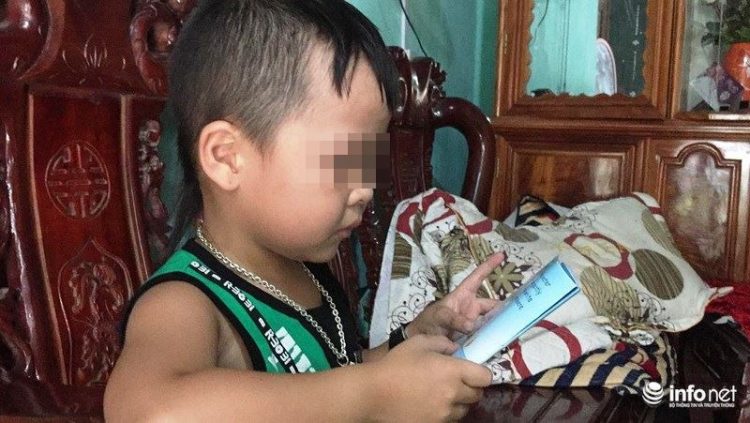